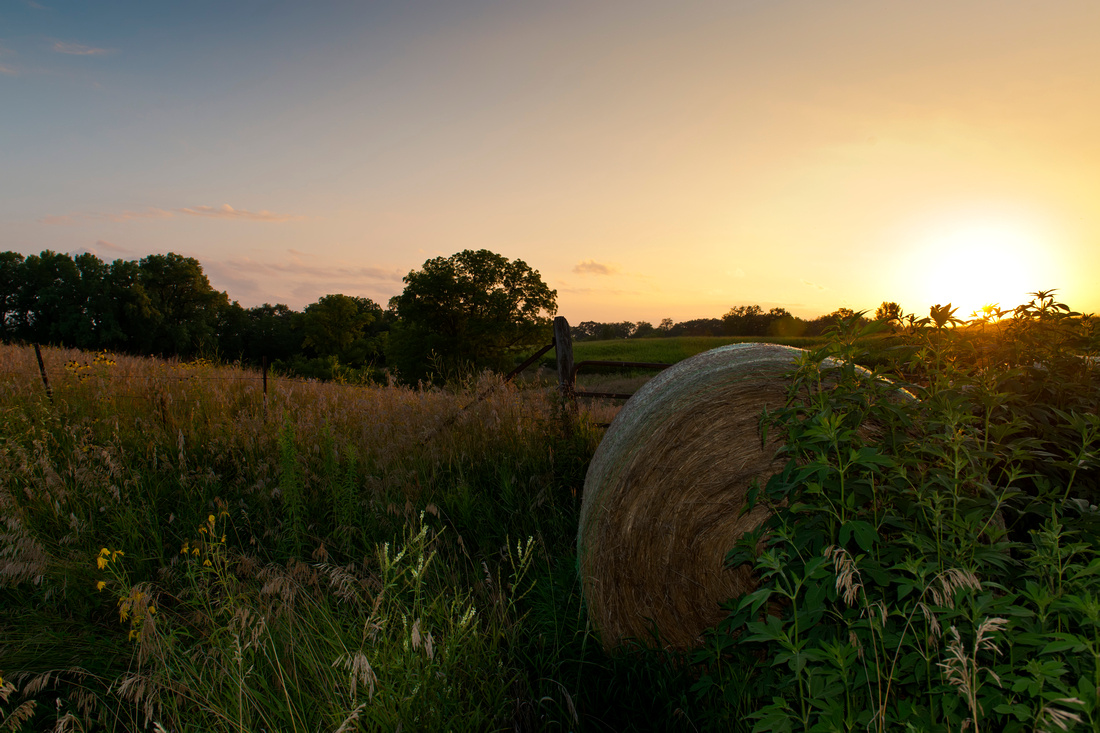 Using flash outside doesn't normally come to mind since the majority of time there's plenty of light, but at times it helps fill in shadows and can add a touch of color to your foreground.  This photo had a wide range of light (dynamic range) that needed something to bring out the foreground, so I used a touch of the camera's flash to highlight the corn bale and surrounding area.

If your subject is within 10 feet or so, and it could benefit from a little boost of light, use your camera's built-in flash to get that added effect.  Normally, I'll set the flash to be roughly 1/3 of its power so it doesn't "look" like a flash was used, but you will want to experiment with that setting.  The darker the shadows the more flash will benefit, however, there's a trade-off...using flash will look like you used flash by saturating the foreground with that artificial light...so use it sparingly.  The trick is to use just enough to fill in shadows but not overwhelm the ambient light.

Professional portrait photographers have used flash for ages to fill in the jaw line, add extra sparkle to the eyes or highlight hair texture.  In nature, flash has the same purpose and should be used whenever you feel extra light is needed.  An alternative method for filling in shadows is to use a reflector, but that sometimes requires someone or something to hold it.  Flash also works very well for macro (close-up) photos so get out there an experiment a little with your flash!