Now that the latest digital cameras (including phone cameras) have more resolution, clarity and detail than 35mm film, it's amazing that film is making somewhat of a comeback.  Perhaps it's the nostalgia of days gone by using older cameras, or the surprise one experiences opening prints from film exposed two weeks ago.  But I think film has a variability and artistic influence that digital photos can't reproduce...at least for now...that gives film its unique niche in the world of photography.

Having used film for many years, it was difficult to make the transition to digital, but once the workflow was mastered with digital, I found the ease of use, flexibility and sheer artistic options available using digital cameras totally worth the effort.  However, why can't we use both?  Recently a friend gave me his Nikon FM camera (manufactured in the late 70's and early 80's), and I was fascinated by using film again after a decade of using digital cameras.  Could this be the artistic spark I needed to view the world in different ways?

After purchasing a roll of Kodak Ektar 100 film, I proceeded to take the journey to experiment with this "new" camera.  With no auto focus and a limited range of exposure settings, it also felt very strange in the hands (no contours or rubber grips that I've taken for granted).  But after some time, it was second nature to focus manually and let the camera do its thing.  The sound of the shutter, the feel of the film winder, and the heft of the camera had a certain real-world feel that was pretty cool.

The photo below is one of my favorites from that first session because it has raw elements of nature built into the film...the lens flare, slightly tinged color spectrum, and over exposed sky/sun.  But it also has a visual quality that can't be reproduced by a digital camera without some serious post-processing. 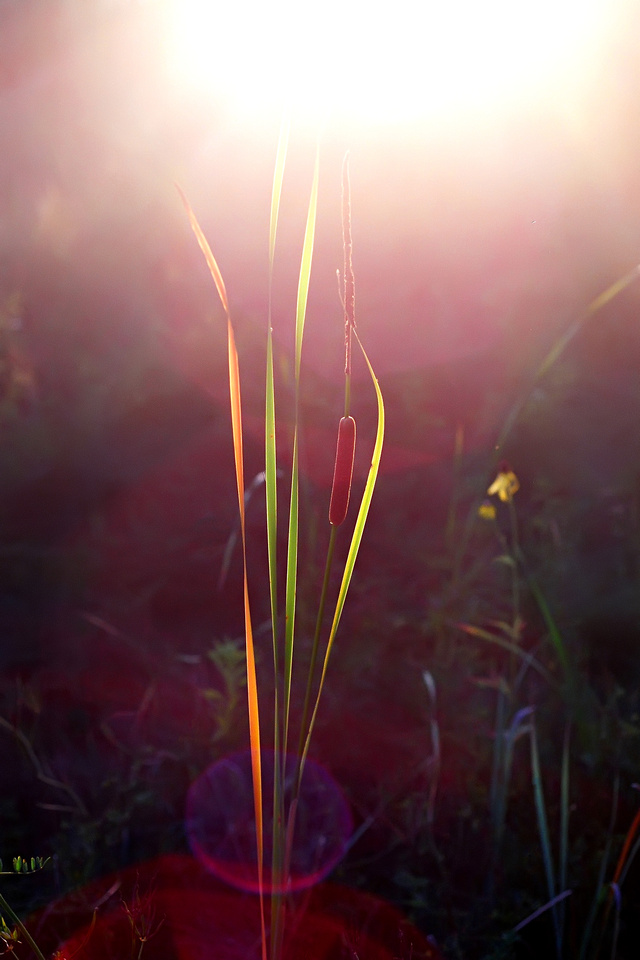 The work flow to create this is simple as long as you have a reliable film processor.  I asked the local photo processing store to develop the negatives and scan them with a high-res scanner.  They put all 36 exposures on a CD and included the negatives as one package.  From there it was a simple matter of choosing the best photos to copy to the computer and process normally using a digital workflow.  The one draw back to this method is that you can't change some of the basic characteristics of the photo before processing like you can with digital.  What that means is that you must strive to get that "look" in the camera so little or no tweaking is required.  That's the beauty of film - if you've captured a great photo in camera, it's going to look great in a digital format as well.

One piece of advice - once you copy the scanned .jpg photo file to your computer, make sure you save it as a .tif image so that you can later edit the photo without loosing any quality.  Re-saving .jpg files repeatedly degrades the quality, so make a master .tif image first.

Film has been around a long time, and with the new technologies of scanning and post-processing, the artistic nature of film can be used to create beautiful photos.