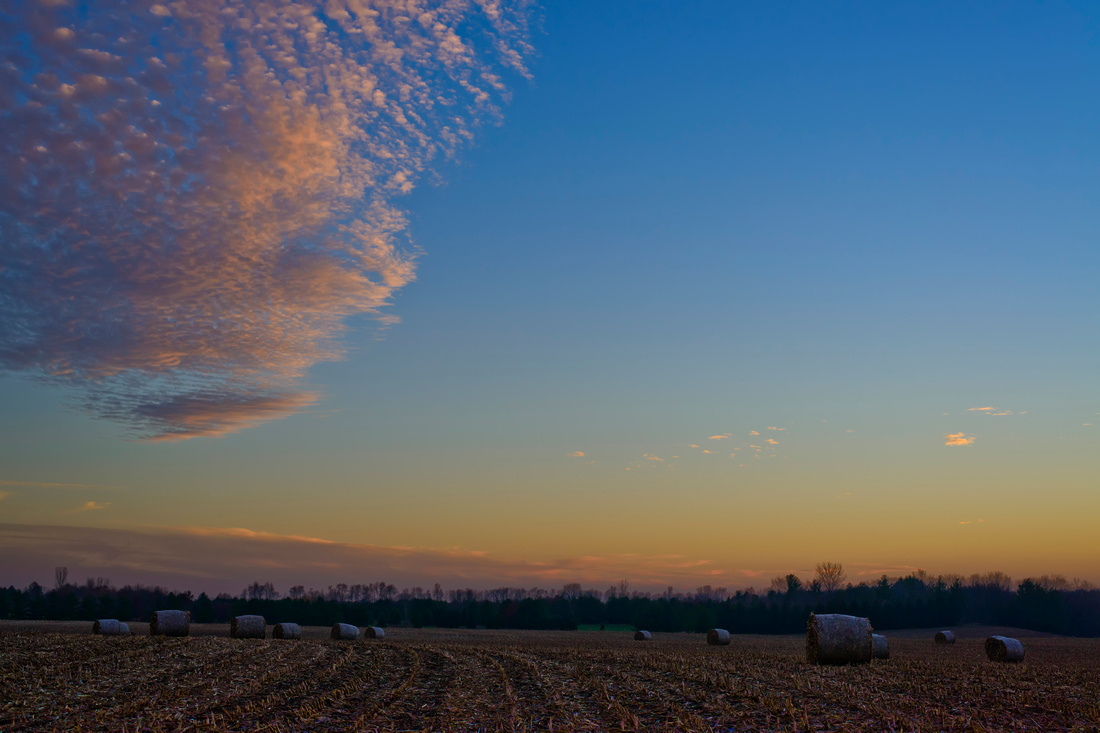 After the HarvestCaptured on a November day west of Mount Vernon, IA.

There are times when a photograph just doesn't "speak" to me or seems to be missing an element of light, texture, color or composition.  Those photos are the ones to put away for another day.  I think what may happen is that my expectation of what the photograph should be doesn't match what it really is.  The memory of real life is too fresh and too influential.

Expectations tend to fade or change with time, so in those cases where a photo just didn't seem right for processing soon after it was captured, it's always a good idea to revisit it at later time.  Sometimes even just a few hours can make a difference, while other photos may need weeks or months to simmer.

This photo was processed almost a year after it was created.  Why?  At the time, I thought it didn't have the qualities of that magic light this particular afternoon displayed.  Or perhaps there was another photo that was "better" from the dozens created that afternoon.  Regardless, it was a pleasant surprise to look through this folder and find a gem.

What caught my eye was the rich candy-colored sky and unusual cloud formation looming over the bales of corn stocks.  It brought back memories of that afternoon, and the photo seemed to beg for its proper place in the hierarchy of photos!  So after processing, (adding a little lightness to the ground and bumping up the contrast), the key elements of the photo seemed to be just as I had remembered.  Strange how that transpires.

Of course the great majority of time there are many more photos when viewed later are still not quite there...and most likely will never be...but it's worth simmering photos for a time just to see if your perspective has changed or your skills have improved on the processing side.  Perhaps you've acquired a new editing tool, or just have a different outlook on life, and finding that photo from a few months ago could reignite or spark your creativity again.

Here's to simmering photos my friends!