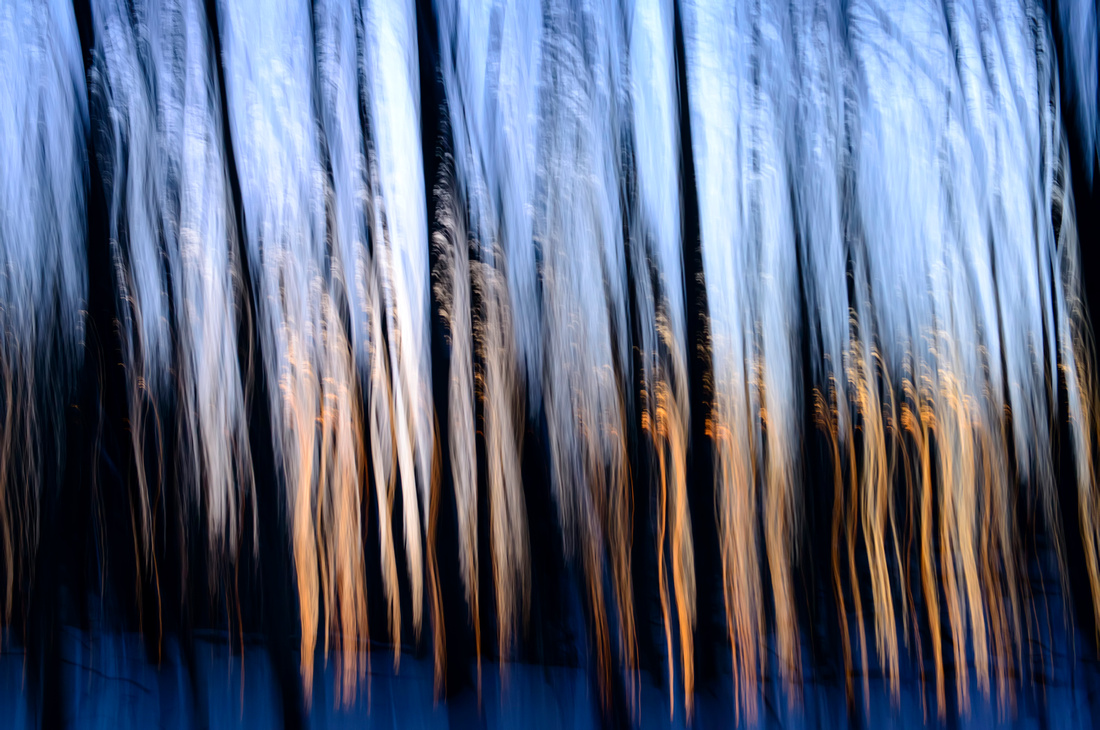 Tree AurasHere's proof that trees have auras! Actually a little movement with a long shutter speed can create the illusion, but it's fun to believe they do.

Camera movement is the best way to get that unusual shot you’ve been looking for.  There are times when either the light or subject you’re shooting needs a little something different, and for that I use movement to create a surreal landscape, potentially turning a mundane scene into an abstract of color and motion.

There are different techniques involved in this, but I’d like to introduce hand-held camera movement as one effective way to get that unique landscape shot.  In this image, I focused on the trees immediately in front of me, used a long shutter speed (greater than 1 second), a small aperture (f/8 or smaller) and a low ISO (200 or less).  The combination of a lower ISO and smaller aperture usually gives you a nice long shutter speed to work with, assuming you have your camera set on Aperture Priority.  If the shutter speed is still not long enough, consider using a filter or move to a location that has less light.

To keep some level of detail in the shot, move your camera for the first part of the shutter opening, but keep it as steady as possible for the last remaining time.  This will “burn in” some of the subject you have focused on, but will still render a good blend of movement.

The photo here was taken with the lens pointed skyward toward the sunset first, then brought down vertically quickly, and remained at rest for some portion of the shutter opening (maybe a half second), so that some detail of the trees was captured in the frame.

Camera movement doesn’t produce good results in all situations, but if you’re in the mood for an abstract nature shot, give it a try.  And remember, the more color and/or interesting shapes you're focused on the better!