There are many wonderful things that catch the eye in Iowa.  In this case it was a barn not far from Mount Vernon.  One afternoon in late summer when the sun was setting, I stumbled upon this once-majestic structure and decided to attempt to capture it in a way that was as unique as the architecture itself.  The soy beans were starting to turn color, the sun had just set beyond the horizon, and the scene was ripe for capturing some magic. 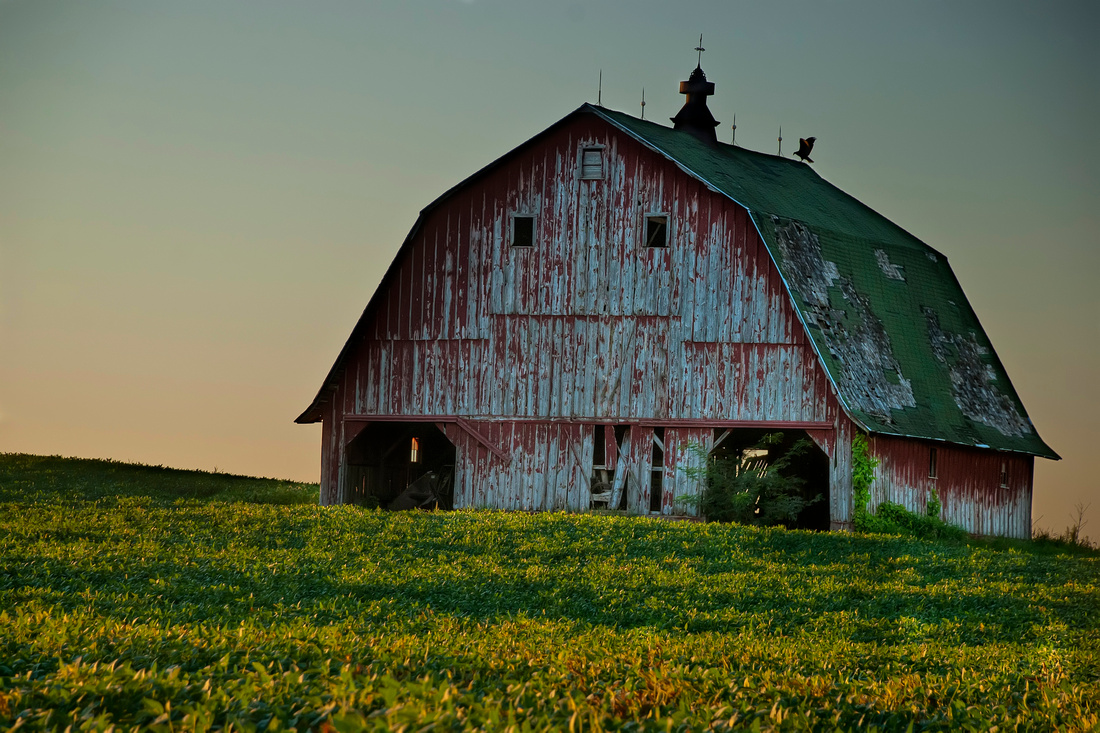 After taking a few test shots, I realized the only way all the details, colors and subtle parts of this barn were going to be visible was through HDR (High Dynamic Range) techniques.  This entailed making three photos, one underexposed, one overexposed and one just right, then blending all three using post-processing tools such as Photomatix and Adobe Photoshop.

As hard as I tried to bring out the true beauty of this barn with a single shot, it just wasn't going to happen.  Camera sensors are great at picking up a lot of detail and color, but in landscape shots, many important details can get lost in either highlighted areas or shadow areas that are beyond the sensor's range for a particular exposure setting.  If done properly, HDR brings out the best of all three (or more) exposures so the photographer can experiment with various levels of tone, detail and color saturation.

The finished result has a hint of "this is an HDR" photo, but overall I tried to tone it down to bring the realism out as much as possible.  And the icing on the cake was when the big bird on the top of the barn started to flap its wings, I was able to capture a moment in time that gives the entire scene a timeless feel.

This photo was also selected by Chicago artist Sonata who was commissioned to create a ceramic mural for the Linn County Community Services building in Cedar Rapids, IA.  She used my photo as a small part of the mural which stands over 20 feet high.  She's done some awesome work in other public places as well.

Unfortunately, many of the older barns are slowly disappearing.  They are an inherent part of the Iowa landscape, so I will continue to find and record their beauty whenever I can.