I've read several articles from famous photographers over the years about the importance of being "out there" when the weather turns bad.  The reason?  That's when light can be the most dramatic, mesmerizing, polarized or whatever words you want to describe "awesome light".  However, there are drawbacks to being in that environment.  First there is the stress it puts on your gear...batteries don't last as long in cold weather, cold temperatures make everything work in slow motion (including your fingers!), and extreme heat or moisture can put condensation on lenses or cause problems with camera electronics.

But the trade-offs are worth it in my opinion.  Being in a bad weather situation can be rewarding because it gives you a unique perspective on a scene or subject that otherwise looks tame or mundane.  As an example, after a winter storm in 2010, when ice, snow and hoarfrost covered the entire area around Mount Vernon and Lisbon, I knew there was a special moment waiting to happen somewhere.  The fog and clouds were keeping the sun from peeking through that morning, but any shimmer of light seemed to be magnified by the bright white ice that covered everything.  There was something special about the light that was difficult to describe that morning. 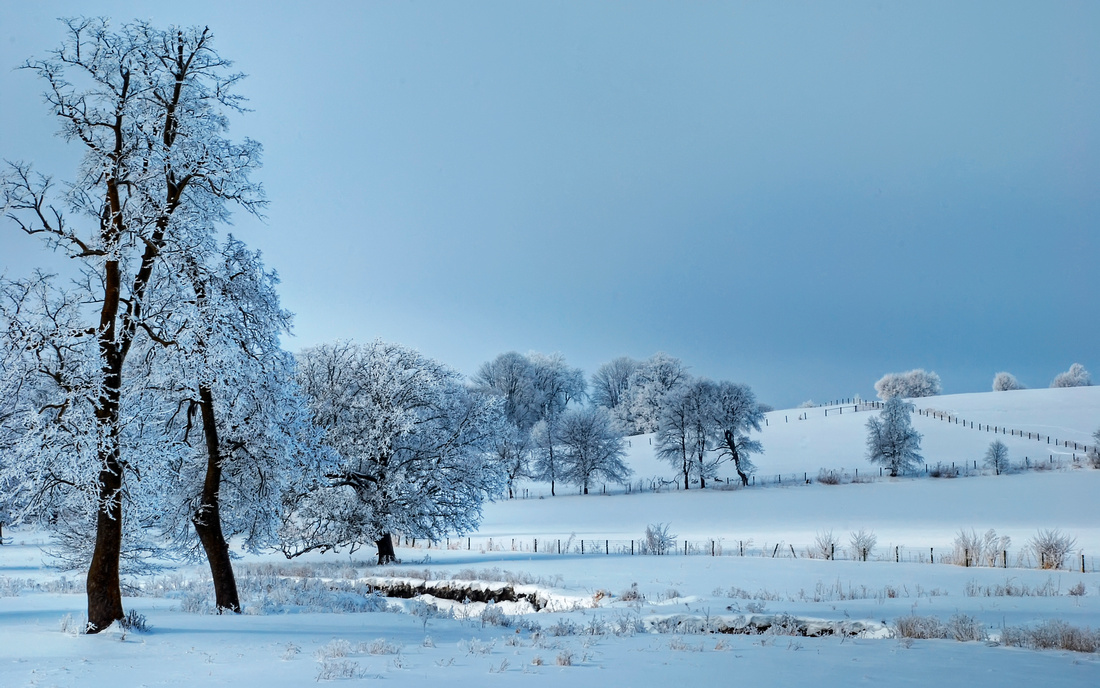 After walking around for a couple of hours looking for photo opportunities, I decided to drive to another area, stopping on a gravel road near the Abbe Creek school.  There I experienced a scene unfolding that was both beautiful and inspiring.  The wind was blowing just a little, it was probably 5 or 10 degrees outside, and my fingers were going numb from setting up the camera controls on the tripod while waiting to see what was going to happen.  Finally, streaks of sunlight broke through the grayness and revealed this classic Iowa landscape.  In person, it was one of the most beautiful landscapes I had witnessed.

As I drove home wet and cold from the ice and snow, there was a certain satisfaction that I was able to share a rare occurrence in nature with others, and it was totally worth it!  The shot was captured using exposure bracketing to include the wide dynamic range of light, and later processed to bring out the subtle changes in light near the creek and in the trees. Nasty weather photography can be the most rewarding time to express yourself and find those unique photos that set you apart from other photographers.