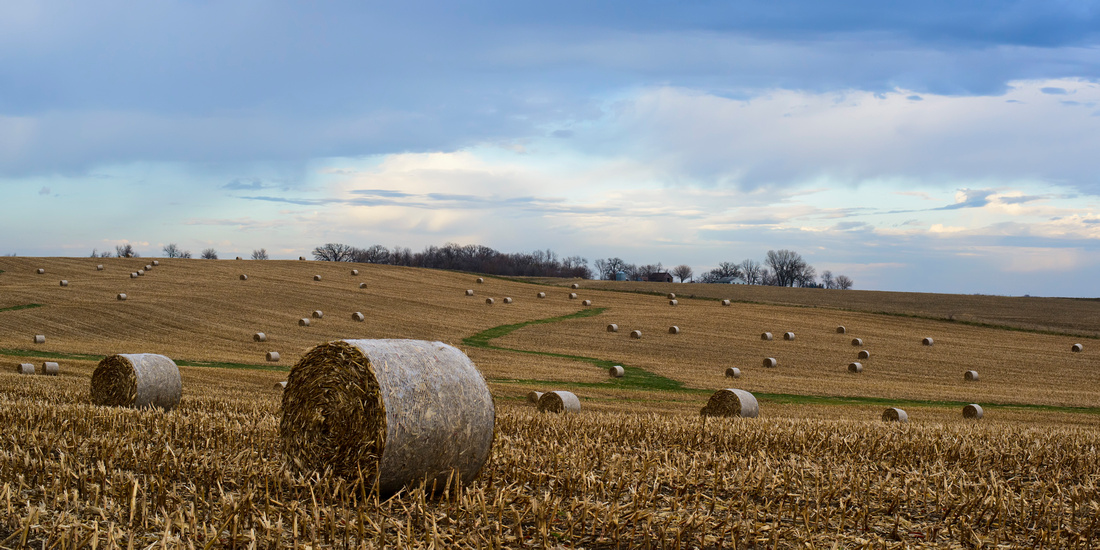 A good photograph should convey a story, provoke an emotion or interact with the viewer in some way.  In this photo, I tried to bring out the interactive nature of people by tapping into our inherent nature to count and organize things.  The photo was captured on an overcast afternoon as my son and I were searching for classic barns in the area.  When the photo was processed later that evening, my mind naturally wondered how many bales were in the photo, so after counting them at least three times and getting three different results, I decided to give it a title that would potentially invite others to do the same.

From the comments received on this photo after posting to several different outlets, it was evident that others wanted to count the bales, but nobody seemed to have the same answer!  Some said 58, or 59, while others said 60 or more.  The fun thing about this was it invites the viewer to explore and ponder the results.

Is there a "right" answer?  Probably not, since there are one or two objects on the horizon that may or may not be bales, so it could throw off your count...but the point is that interacting with a photo is good for the photographer and viewer, and being creative with any method that promotes that is the way to go!